Shrek, eat your heart out!

So this summer my conscience, Lauren and I got a gig working for this guy. He recently gave me the go-ahead to post all of my progress up on this blog, so that's what I'm doing right now.
I doubt anyone who knows me well would believe it, but I'm decent at drawing anthropomorphic animals. Probably not as good as some, but passable. I'm not an animal person by any stretch of the word and don't really know how to respond to people who show me pictures of puppies. I'm far more inclined to publicly wondering what these puppies would taste like with a side of fries, but I digress. Despite this I've drawn five little pigs (bacon sounds lovely right now), three blind mice (a little on the scrawny side for that, except maybe the fat one), and...a newscasting fox. 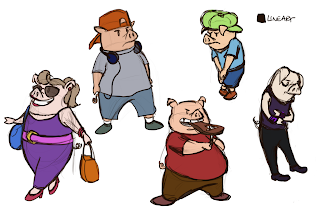 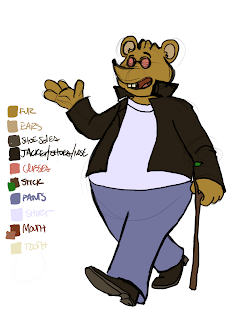 (Oh, look, it's Elton John after too many Twinkies.) 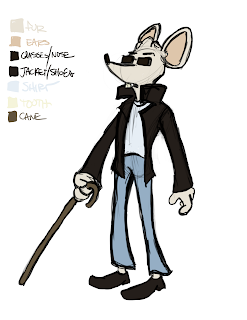 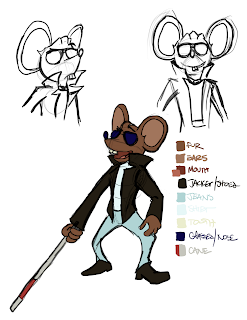 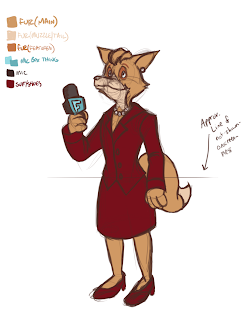 I'm still working on figuring out which nursery rhyme that last one's supposed to be from. I'll keep you updated if I make a breakthrough on it.

In the meantime, I'm also cranking out fire effects for Fate Saga, shadow effects for Emma and Molly's Pet Yeti, and the 2D character for April, which unless I'm mistaken doesn't have a blog attached to it. There's other stuff I'm working on too. Lots of other stuff, like voice acting for The Story Ship and concept art for a game development project that's seeking a 3D modeler at the moment.
I will be drinking a lot of coffee in the near future.
Posted by Zelda Vinciguerra at 3:09 PM 1 comment: